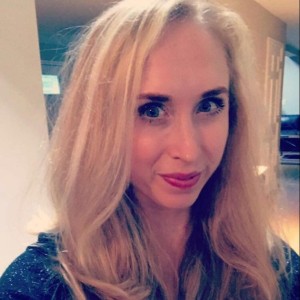 I’m very happy to feature a guest post from Laura Petrolino today. Laura’s a sports fan, as we saw in this post. I loved her take on what the best NBA players can teach us about business, and I hope you do, too! –Pamela Wilson As a former Portland, Oregon resident and long time Trail Blazer fan, Brandon Roy is the epitome of leadership. His role with the Blazers over the last five years can provide leadership insights for any business owner.

So if you want learn how to run your business like Brandon Roy, strap on a pair of size 12 Nikes and take note:

By most accounts Roy is the face of the Portland Trail Blazers. When Roy first came to the Blazers, the team was fondly nicknamed the “Jail Blazers” and was best known as having a stellar mix of overpaid thugs. Not only was the team a joke in the NBA at large, but most importantly support among their previously zealous Portland fan base (this girl included) swiftly dwindled. With Roy in the mix, order has been restored, respect has been regained and Portlanders once again love their Blazers as much as their lattes!

When you own and/or manage a business you’re a core part of the brand, whether you like it or not. What you do and say — whether it’s business or personal — reflects back on your business. There is no dividing line.

In addition, as the leader of the pack it is imperative that you lead by example. The only way to create the business image you want is to live it.

In an interview with Slam Online in 2010, Roy said:

In an NBA world dominated by superstar players whose team’s plays are set up for them to take the winning shots, this type of mindset is not typical. You’ve got the Kobe’s, the LeBron’s and the Melo’s, all who are great players, great shooters and like Roy, want to do what it takes for their team to win, but unlike Roy, consider the “I” as a fundamental part of the win.

When you run a business, there are times that you will be in the spotlight and there are other times that your best role is to be backstage. This requires a type of selflessness and commitment that is focused on the bigger cause — the good of the organization — and not your own stardom.

Roy, like many of the best players, has a certain amount of clairvoyance and foresight when he is out on the court. It’s the skill that makes him one of the best equipped at finding teammates or getting his own shot, depending on the situation. When people talk about ‘natural ability’ this is a key part of it. It is a ‘talent’ that simply can’t be taught.

There are a variety of reasons some businesses fail and some survive. Poor planning, bad timing, financial distress are some. All of these things can be avoided when led by an entrepreneur who has a keen sense of vision and good intuition.

Roy has been forced to make the best of a team cursed by injuries (his own included) and was able to do so by possessing a fantastic combination of game knowledge and instinct.  You can — and should — do the same with your business.

In the end, the foundation of success is excellence in what you do. In his first year, Roy averaged 16.8 points, 4.4 rebounds and 4.1 assists en route to winning the Rookie of the Year award.

Does your business display this type of excellence? Would you win Rookie of the Year? Do you get better with age?