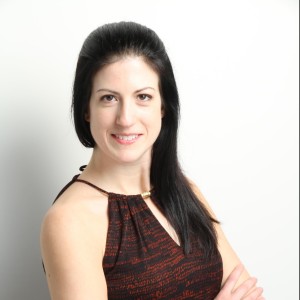 Imagine you’ve just learned to drive, and you’re about to merge onto the freeway for the first time.

But while everyone is whooshing by in sleek machines with turbo engines, you’re putting along in a beat-up Plymouth with a rattly exhaust pipe. You fear you’ll never get on that freeway, or look as good or go as fast as everyone else.

Kind of like how you feel when you think your creative skills don’t measure up to the best in your business.

But to paraphrase something the wise Pamela Wilson told me, “Why would you compare yourself to the best?” That’s the worst thing to do, whether you are just starting out or have been around for years.

Did you know that in business, you can go really far in a rattly old Plymouth?

To convince you, here are ten “creative impostors,” or people who have succeeded in business even though their production values suck or they don’t fit the typical mold of creative success.

Yet succeed they do.

Hop on over to his YouTube channel, and you’ll find over a thousand videos of him playing with Hot Wheels race sets.

His most popular videos have almost 20 million views, and he was featured on the show Mythbusters. And he’s done this with a website looks like it’s from the dark ages and a personality that is, well, the opposite of magnetic.

He committed to creating one video a day for kids who simply want to watch cars go fast and do tricks.

Impostor Lesson: Know the core of what appeals to your audience. Then do that.

Hollywood has plenty of examples of small movies that go big, but a recent classic is Napoleon Dynamite, a sleeper hit that achieved cult status back in 2004.

It doesn’t get more low-budget bad than this riff on boy-versus-world, with its awkward pauses and stiff dialogue.

Roger Ebert gave it one and a half stars for its “stupidity.”

Audiences swooned for its charm anyway, as underneath the stupidity lay a well of emotion that had people telling their friends and family in droves.

Talking Heads’ front man David Byrne is one of the worst singers in pop history, with a nasally voice that can barely hold a note.

His fans are extremely devoted, not because he’s the best singer in the world but because of his pre-hipster aesthetic and ethos of anti-consumption. In fact, Byrne’s voice represents an entire generation’s alternative angst.

Listen just once to his cover of Whitney Houston’s “I Wanna Dance With Somebody” and you can’t imagine it being sung any other way.

Copywriter and writing coach Henneke, who has guest posted for Copyblogger and this website, got “sick of clichéd stock photography” and decided to start drawing her own blog graphics.

But art isn’t easy. What is easy? Getting depressed at your creative shortcomings.

“The evening before publication, I tried to perfect the drawing. Henrietta’s nose wasn’t pointing in the right direction, her finger was odd, or the laptop perspective was wrong. I drew 7 or 8 versions before giving up.” – Henneke

She didn’t give up on drawing, but rather on the idea of perfection.

Because in a world that relies on the ready-made, Henneke’s artwork makes her blog warm and personable for her audience, no matter how imperfect her art supposedly is.

Zach Galifianakis should not be famous for his creativity.

His personality is off-putting, and his beard looks like a Yeti threw up on his face.

However, Zach’s humor stands out from the Jimmy Fallons and Jerry Seinfelds of the world who yearn to be liked. He’s translated his hostile style into success in movies and an Internet show, Between Two Ferns, where he pelts celebrities with his word bombs.

In any normal context, Galifianakis would be booed or ignored.

In his own surroundings, he’s the perfect mensch.

Impostor Lesson: Even grating personalities can make business magic with the right context and execution.

If you’re not a YouTube exercise freak, then meet Fitness Blender, a fitness channel by a husband-and-wife team who don’t look like the impossibly beautiful models who usually do workout videos.

Creatively, their down-hominess can get too quaint: here, you can listen to them go on for ten minutes about their grocery shopping.

Despite small video personalities and an inability to edit themselves, they still shine with authenticity.

The result? Ad revenue from millions of viewers who also support them through patron donations.

Impostor Lesson: Keep things real and people will get hooked on your business.

Brace yourself, ‘cause I’m about to let you in on a little secret:

Fifty Shades of Grey is a bloody awful book.

The tome is full of grammar misdemeanors and insipid lines such as “His voice is warm and husky like dark melted chocolate fudge caramel… or something.”

How on earth did this barely run-of-the-mill novel become a trilogy, a movie and a brand that’s still going strong?

Because the fans don’t care a hoot about the writing.

They obviously care about something else entirely…

Impostor Lesson: You can take your business far when you focus less on perfect execution and more on your audience’s desires.

Since 1903, art critics have panned this series of paintings by C.M. Coolidge for kowtowing to petit bourgeois tastes.

Most of us would readily agree: dogs playing poker just ain’t art.

But the paintings weren’t meant to be art. They were originally commissioned as ads by a cigar company.

They eventually became fixtures of middle-class basement décor because they spoke to an era.

And their kitsch appeal has had cultural legs that many artists would sell their children for.

Impostor Lesson: Ignore the snobs. What’s horrible to them may be exactly what your audience wants.

While Wikipedia isn’t actually a business, this impostor still has a lot to teach about getting far with bad stuff.

Some Wikipedia articles are so boring, your eyes want to escape their sockets and take your brain on the town to drown its sorrows. The content can be nonsensical, overly complex, badly structured and susceptible to hoaxes.

But Wikipedia’s strength comes from the collective action of its volunteer editors who vigilantly edit, add and flag with the dedication of a Roman army.

While the claim that it is better than the Encyclopedia Britannica is arguable, Wikipedia still wins top spot in, well, every Google search.

Impostor Lesson: A dedicated tribe can overcome any creative flaws in your business.

Successful author and business advisor Chris Brogan has a blog that’s a creative mishmash of musings about things like healthcare and coffee.

In his presentations, he can ramble from one topic to another.

Yet, he’s built an uber-thriving business built on a big message of not living a life that other people set out for you.

And he does it in a very funny, human way.

Mostly, though, Brogan bares his soul like few others online. And that is extremely powerful.

Impostor Lesson: People will love you for your completely honest self, not your perfectly honed thoughts.

In business, you can easily get caught up in comparisons.

Like how someone else has a gorgeous website, killer design, or always-flowing creative juices. But the next time the world careens by you at light speed, just remember that any “impostor” weakness can be turned into a strength.

Don’t know how to draw? Doodle from the heart.

Have a horrible sense of humor? Dazzle your audience with your honestly bad puns.

Can’t afford fancy video or podcasting gear? Win your customers over with simplicity and clarity.

Be as clinky and clanky as you have to be. Because your customers aren’t comparing you to the best in the business. They’re just looking for a simple ride to their specific destination.

And if you can take them where they need to go, then you are no impostor.

You’re a force of business who lets people view some awesome sights, hang out with an interesting person, or learn something new along the way.

And those are all great reasons to get out there and proudly putter down that highway. 2 Powerful Ways to Promote a Product or Service Online Personal Brand or Business Brand — Which is Better?