Why Try, and Why Hang On 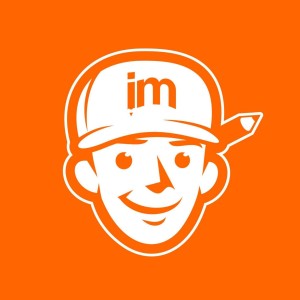 Mario Schulzke of IdeaMensch is back, and this post shares some of his — and his interviewees — views on trying, failing and the power of hanging on in business. –Pamela

When I was in sixth grade, I saw that a lot of the older boys on the bus started to have girlfriends. While I had no real interest in girls, I decided that it was time for me to have a girlfriend too.

I spent the next four weeks keenly observing every girl on the bus before deciding to ask out the one I thought was the prettiest girl around. She was in eighth grade and was about six inches taller than me. When I decided to “cold call” her after finding her parents’ number in the phone book, she had no idea who I was.

Note to self: only ask out women who actually know who you are.

Believe it or not, it did not go well.

And to be honest, it did not translate into lifelong boldness and bravery when it came to asking out women.

In the startup world, the concept of “failing fast” is popular. The notion is that by failing fast, you start learning fast, iterating fast and ultimately getting it right fast.

That definitely works for software.

But if I approach my own projects thinking I will fail, well, I get reminded of the little boy cold calling girls from the bus.

Don’t get me wrong, many of the things that I try fail at some point. I’ve made many mistakes with IdeaMensch, which led to revisions and then to ultimately getting it right. On the other hand, I’ve also tried things that worked like gangbusters the first time around.

So other than if you’re a software company that’s in the business of just identifying new features and fixing bugs, my advice is to forget about failing fast but instead do whatever you can to try fast.

Because you still need to execute. Neil Patel got it right in his IdeaMensch interview: “You execute! That’s the key to bring ideas to life. If you can’t execute, then your ideas won’t be worth anything.”

Have an idea? A new business venture? Or just have something you want to test? Approach it with the mindset of trying as fast as possible.

When you try, one of two things will happen: you will see that it can work or that it won’t.

How can you start trying fast?

I fail all the time. And that’s ok.

Like my friend Bjorn Borstelman said in his IdeaMensch interview, “I always say the difference between thinking and doing is doing.” 4 thoughts on “Why Try, and Why Hang On”